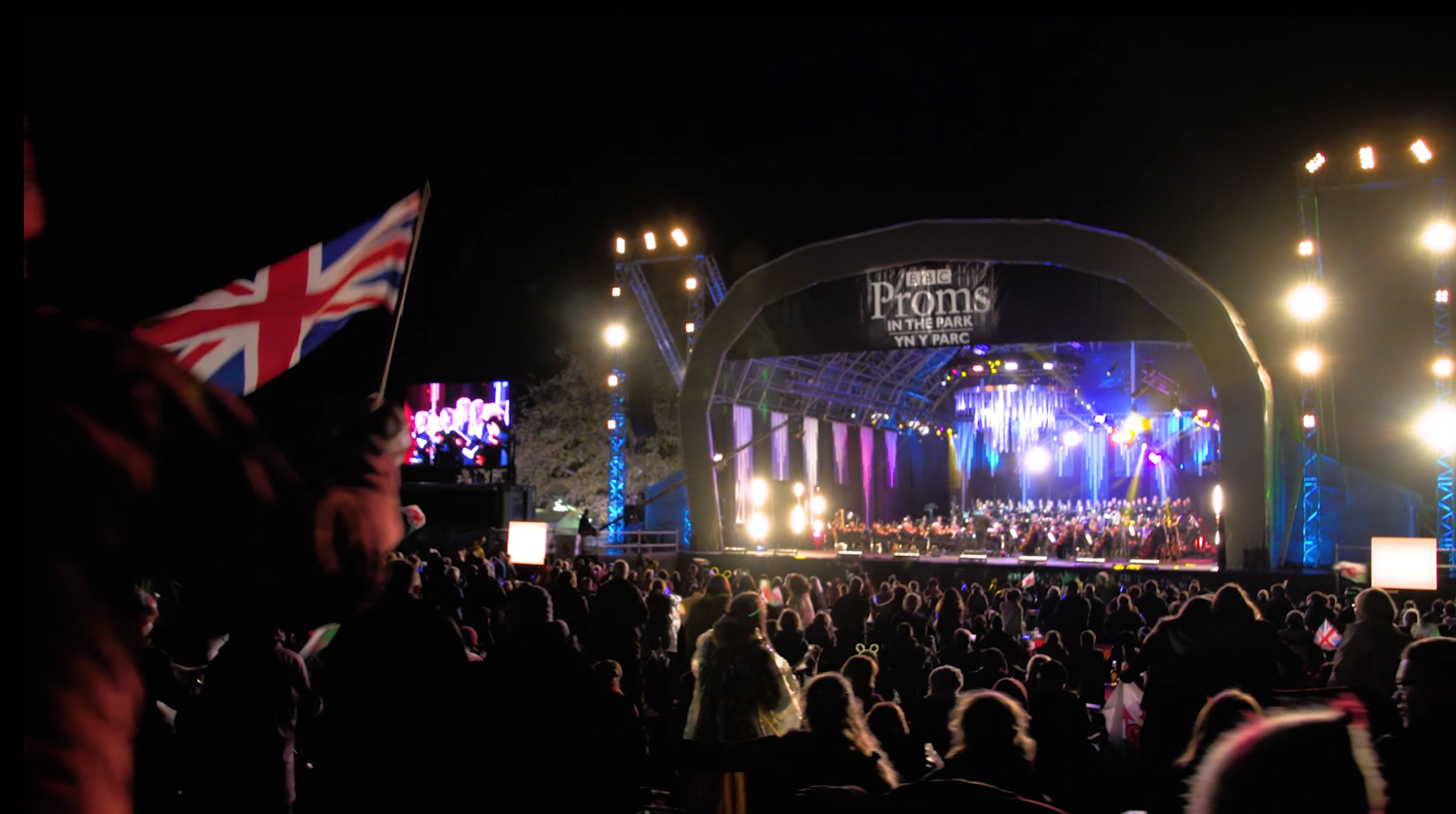 BBC Proms in the Park, one of Wales’ most loved music and family events, returns to Singleton Park Swansea on Saturday 14 September.

ABC, Andrei Kymach, Sophie Evans, and Xhosa Cole will join the BBC National Orchestra and Chorus of Wales, conducted by Robert Ames, on stage, in a show that will transport the audience into outer space with music to celebrate the 50th anniversary of the moon landings.

Bringing a taste of 80s perfect pop to the BBC Proms in the Park in Swansea this year will be special guest artists, ABC. The new romantic band, fronted by Martin Fry, will be performing some of their greatest hits including ‘The Look of Love’, and ‘Poison Arrow’.

Ukrainian baritone, Andrei Kymach, who won this year’s winner of the BBC Cardiff Singer of the World with an exceptional performance of Bizet’s Votre Toast, will be singing the popular Toreador Song from Carmen again alongside other favourites by Rachmaninov and Donizetti.

Welsh singer and actress, Sophie Evans, who has just finished a spell in London’s West End playing Glinda in the hit musical ‘Wicked’, will be reprising her role for what will surely be a magical recital of ‘Popular’ from the show. She’ll also be singing ‘Over the Rainbow’ from the Wizard of Oz.

Xhosa Cole, the saxophonist who won the BBC Young Jazz Musician title in 2018 playing his own work alongside that of the great John Coltrane and Johnny Green, will bring a twist of cool jazz to Puccini’s emotional aria ‘Nessun Dorma’.

The One Show’s Alex Jones and Radio 1’s Steffan Powell will present BBC Proms in the Park with an exciting programme that includes Also ‘Sprach Zarathustra’ by R. Strauss – made famous in 2001: A Space Odyssey, John Williams’ theme from E.T. the Extra-Terrestrial, and ‘Lake in the Moonlight’ by Tchaikovsky.

Proms in the Park is part of the annual spectacular culmination of two months of music-making at the BBC Proms, as the world-famous Last Night celebrations spill out from London’s Royal Albert Hall and thousands of people come together at venues across the UK, including Swansea to be part of the magic of the Last Night.

Families and all music lovers are invited to bring picnics, deck chairs and flags to soak up the atmosphere and enjoy a fabulous night of music in the stunning outdoor setting of Singleton Park.

Tickets cheaper when bought in advance:

Please take a moment to read the Terms and Conditions.