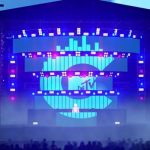 Whether you’re returning to Swansea following the summer off or are starting your student life as a fresher this month, we have the perfect season of events to start your term off with a bang! Enjoy Swansea Bay.com is THE place to find great events and things to do in Swansea.   Brought to you by … END_OF_DOCUMENT_TOKEN_TO_BE_REPLACED

Major MTV concert Club MTV is coming to Swansea later this year! Featuring seven hours of music, is taking place at the city’s Singleton Park on Saturday September 24. The council has been working in partnership with the Welsh Government and MTV to bring the concert to Swansea. Stars taking … END_OF_DOCUMENT_TOKEN_TO_BE_REPLACED