The Biggest Weekend is taking place on the late May bank holiday weekend (25-28 May) over four sites in four nations across four days with over 175,000 tickets available to the public and will be the BBC’s biggest ever celebration of music across TV, radio, online and mobile.

There will be performances from the biggest and best-loved names in music celebrating the incredible breadth and diversity of live music on the BBC. Those confirmed for the line-up are –

Ed Sheeran said, “So excited to be part of The Biggest Weekend this summer! I’ve always loved performing at Big Weekend with Radio 1 and this year it’s going to be even bigger. Bring it on Swansea!”

BBC Music’s The Biggest Weekend is a truly unique event with concerts being hosted by BBC Radio 1, 1Xtra 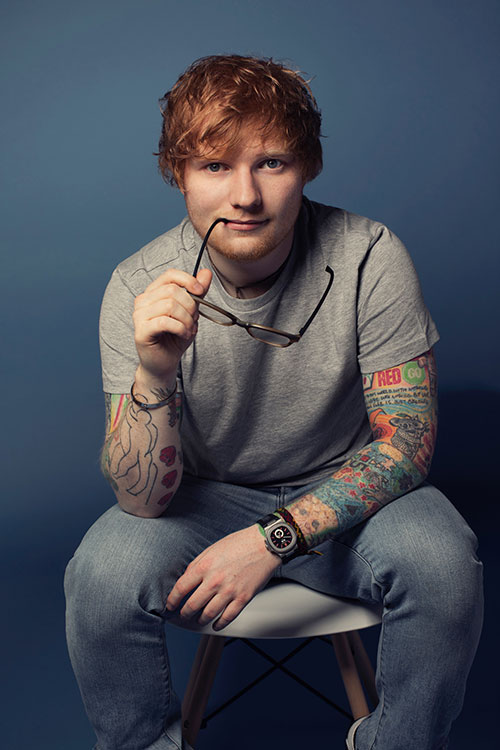 & Asian Network, BBC Radio 2, BBC Radio 3 and BBC 6 Music. Across the weekend, there will be extensive TV coverage on BBC One, BBC Two and BBC Four and sets will be available on BBC iPlayer, mobile and online. The scale of coverage will replicate that of Glastonbury festival on the BBC, allowing audiences at home to enjoy all of their favourite acts as well as discover brand new music.

Tickets for The Biggest Weekend go on sale on Monday 12th February, priced at £18 plus £4.50 booking fee. The booking process will be handled by Ticketmaster – the only official ticketing agent for The Biggest Weekend. There are over 175,000 tickets available to the public and tickets will be geographically weighted with a percentage available to each of the local areas. For more information about tickets, please go to www.bbc.co.uk/biggestweekend

Bob Shennan, Director BBC Radio and Music, said, “The Biggest Weekend is going to be a once-in-a-lifetime festival for everyone that loves music, whether they are at the venues in person or enjoying the whole spectacle of performances being streamed through iPlayer along with all our TV, radio and digital networks. Wherever you are in the country, you will be part of the biggest music event, with the widest selection of musical genres, the BBC has ever put on.”

The four locations, dates and artists confirmed are:

Nick Grimshaw, BBC Radio 1’s Breakfast presenter said, “You know it’s the start of the summer when we put on a massive festival, and we’re bringing two of the biggest artists in the world to Swansea. Taylor and Ed plus a whole massive line-up to be announced make The Biggest Weekend THE event of the year.”

Further information will be announced in due course.

Cllr Robert Francis-Davies, Swansea Council’s Cabinet Member for Culture, Tourism and Major Projects, said: “Attracting the BBC Music’s The Biggest Weekend to Swansea is a major coup for the city. It’s great news and we’ve been working closely with the BBC. This is a huge festival.  It’s fantastic news, not just for people in the Swansea area, but for Swansea traders as well because of the extra spending it will generate in our shops, restaurants, bed and breakfasts, hotels and other businesses.  “This major event, coupled with Swansea’s other major events this summer, including Man Engine, Little Mix and The Killers at Liberty stadium, the Wales Airshow and Now the Hero / Nawr Yr Arwr clearly justifies Swansea’s position as Wales’ Capital of Culture and a city capable of attracting and delivering world class entertainment and events. Major events such as these will also raise Swansea’s profile as a place to live, visit, invest, and study and further boost a visitor economy that’s already worth over £400m a year to Swansea’s economy.

View the The need to know information