PLANTASIA’S going to be all abuzz over the Easter holidays thanks to some new additions to the gang.

Two new spectacled caiman crocodiles and a new macaw called Freddie will be adding colour to a collection of animals you’d otherwise have to travel thousands of miles to see close-up.

On top of that, the Plantasia team is starting the Easter Holidays with Animal Zone: Exotic Animal Rescue on April 3-5, where you will have the chance to meet some friendly rescue animals including smuggled tortoises, stowaway insects and giant reptiles which grew too big for the average home.

And also making a welcome return from April 9-13 are the popular Dinosaurs in the Jungle shows which include a dinosaur dig, games, a new baby dinosaur and a hunt for dinosaurs in Plantasia’s own tropical rainforest. 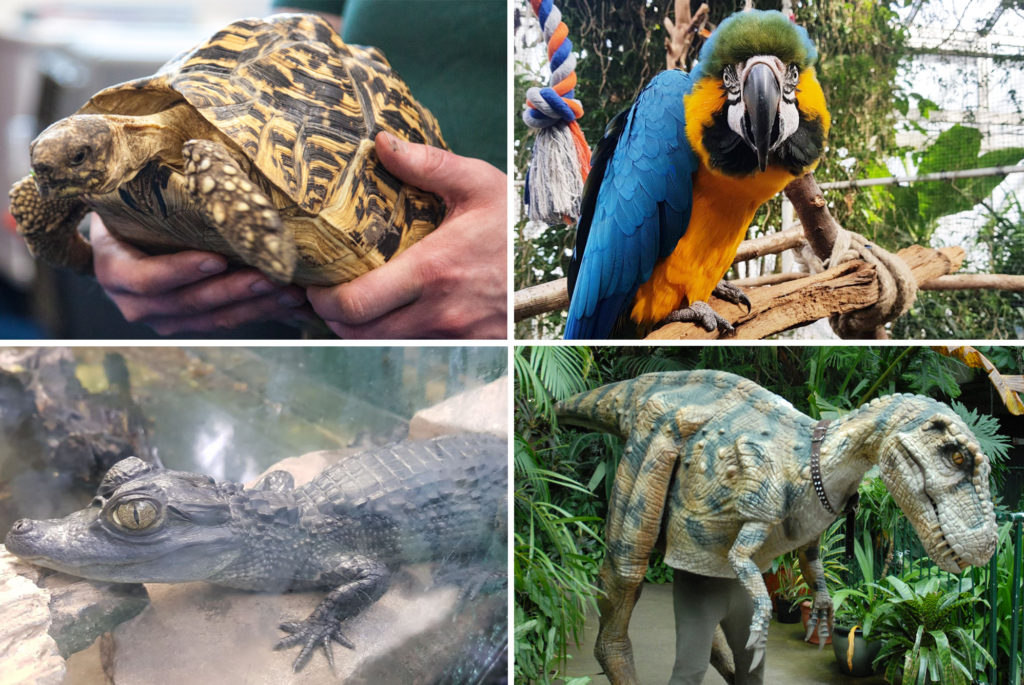 Maria Bowen, Plantasia’s Project Officer, said: “Exotic Animal Rescue is a new addition to the programme of events at Plantasia. These shows are a great way for people to get up-close to creatures they wouldn’t otherwise have met while, at the same time, explaining why some animals really don’t work as pets.”

She added: “Easter’s always a busy time at Plantasia with such a lot to see including the new caiman crocodiles that we’ve not got names for yet and we’ll be asking for suggestions on the Easter trial and Freddie the Blue and Gold macaw, who’s actually a female making her debut alongside Rainbow, our green-winged macaw.

“The two crocodiles like nothing better than feasting on fish and can live up to 60 years in the wilds of Central and South America where they’re normally found.”

Anyone wanting to attend the Easter events should book tickets in advance for the four daily shows. For more details visit swansea.gov.uk/plantasia