2016 may have been a topsy-turvy year but here in Swansea Bay we’ve enjoyed some really special moments. The City and County of Swansea and Enjoy Swansea Bay have brought you some of global music’s biggest names along with some other really memorable events. Here are our top 5 highlights…

The Manics kicked off a Summer of music

The Manic Street Preachers played to a packed Liberty Stadium in May.  2016 marked the 20 year anniversary of their album “Everything Must go” so the Welsh rockers played the entire album along with many other greatest hits. They also played their Welsh Football anthem “Together Stronger” live for the first time which raised the Liberty roof and set the tone for the EUROS to follow.

In July Swansea Bay was packed with crowds flocking to see the Wales National Airshow. Brought to you by the city and County of Swansea the show is fast becoming Wales’ biggest annual outdoor event. The sun shone on Swansea Bay for the 2 days and over 200,000 people came to see the Red Arrows, Typhoon Eurofighter, Bronco Demo Teams many other globally renowned display teams.

Wales brought us Together in the Park

10,000 of us to be exact in Singleton Park where we witnessed one of the biggest nights in Welsh football. Wales may have not made the final but the atmosphere that night will live long in the memory as will Wales’ historic performances in EURO16.

In September one of global music’s heavyweights came to Singleton park. The gig was a mix of Noel Gallagher’s hits old and new and the atmosphere was electric. 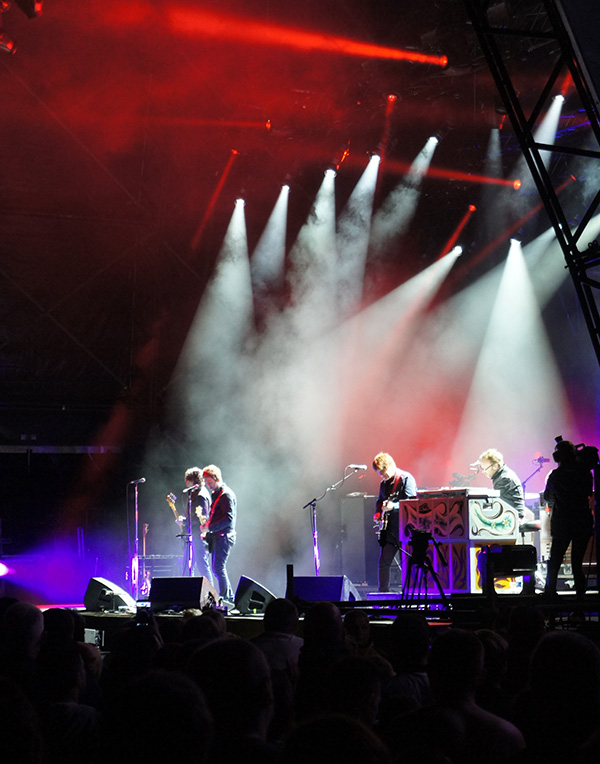 Club MTV brought the summer to a close

At the end of September Club MTV came to town and gave the Summer the perfect send off. Global dance acts such as NERO, SIGMA, Jona Blue and Professor Green lit up the Swansea Bay sky with a spectacular stage and light show.

It’s been a great year of entertainment in Swansea, and there’s plenty more to come in 2017! Join our mailing list to find out about great Swansea Bay events first!