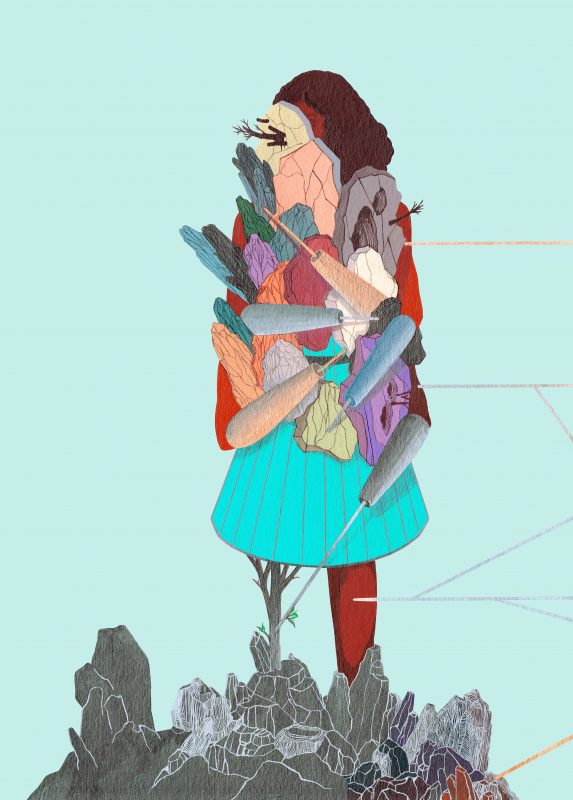 Hand Drawn Action Packed features ten artists whose practice springs from drawing,
and reveals the medium’s infinite possibilities for narrative invention.
The artists come from around the world (Belgium, Canada, China, India, Nigeria, the
Netherlands, South Africa, Turkey and the USA), but their works all deploy narrative
forms for fantasy, social critique, political allegory and autobiography to engage the
viewer and hold their attention.

They make imaginative use of the tools at their disposal, whether it is an iPhone, a
computer screen and projector, a camera and a stick of charcoal, or pen and ink and
watercolour.

The interplay between image and word in drawings by Raymond Pettibon, Marcel
van Eeden and Rinus Van de Velde occurs in captions or speech bubbles, written
with the same instrument as the drawing, and anchor or unhinge their meaning.
Language generates imagery in Amy Sillman’s animations, made using smartphones
and iPads and created in collaboration with poets.

Fantastical Greek and Hindu myths are incorporated into Nalini Malani’s painterly
drawings, while her animated film is a quiet meditation on transience, the image
appearing and disappearing.

Inci Eviner’s ingenious video shows human figures interacting with a hand-drawn
animation, while a sequence of drawings by William Kentridge reveals the process
behind his stop-frame animations, capturing each stage of the visual narrative.
Political realities are subtly communicated in the images of power and dispossession
by Yun-Fei Ji and Otobong Nkanga, and a theatrical world of masked and costumed
performers is conjured in Marcel Dzama’s delicately drawn epic scenarios.